About 20 years ago, I read a book by the famous inventor and scientist Ray Kurzweil, “The Singularity Is Near: When Humans Transcend Biology.” It’s a very thick book, but the gist is that by around 2025-2030, science will reach a breakthrough to eternal life. Specifically, merging biology and GNR (genetics, nanotechnology, and robotics) will make it possible for us to cure every disease and replace or renew every part of our body.

Death becomes optional by then. It might sound hard to believe, but few people dared to discount his forecast because he had creditability, and his prediction was based on data. He predicted the coming of the Internet decades before it happened. So, it’s hard to dismiss him. He has been frequently invited by reputable institutions such as Havard, Standford, and MIT to give his presentations.

I am mentioning this because we are now in 2022. Based on Kurzweil’s prediction, we are about three years away from eternal life, eight years at the most. That means if you hang in there for another eight years, you will live forever. I wonder how many people still believe him after the pandemic.

There’s one problem. Kurzweil is an atheist. So, he also predicted that religions would become obsolete by then because he believes religions are invented by humans only because we fear death. If death is no longer an issue, religions are no longer needed. That’s terrible news for me because it means I would not have a job!

I remember Chairman Mao of China said that we don’t need religions because science will give us eternal life. Unfortunately, he died long before science could give him what he wanted.

Again, by “abundantly,” Jesus is not talking about material abundance but the quality of life. Another translation says, “live life to the fullest” (CEB). Jesus made it very easy for us to raise our quality of life through two simple commandments known as the Great Commandments—love God and love people, nothing more and nothing less.

[Hi! In case we haven’t met yet, I am Sam Stone—the Lightkeeper. You are the light of the world, and I am the keeper! (No pun intended). It’s my calling to help you shine your brightest so that God is glorified in you, and you are satisfied in God.]

The scripture lesson for today is from the Gospel according to Luke 10:25-37. [Listen to the Word of the Lord.]

29 But wanting to justify himself, he asked Jesus, “And who is my neighbor?” 30 Jesus replied, “A man was going down from Jerusalem to Jericho, and fell into the hands of robbers, who stripped him, beat him, and went away, leaving him half dead. 31 Now by chance a priest was going down that road; and when he saw him, he passed by on the other side. 32 So likewise a Levite, when he came to the place and saw him, passed by on the other side. 33 But a Samaritan while traveling came near him; and when he saw him, he was moved with pity. 34 He went to him and bandaged his wounds, having poured oil and wine on them. Then he put him on his own animal, brought him to an inn, and took care of him. 35 The next day he took out two denarii, gave them to the innkeeper, and said, ‘Take care of him; and when I come back, I will repay you whatever more you spend.’ 36 Which of these three, do you think, was a neighbor to the man who fell into the hands of the robbers?” 37 He said, “The one who showed him mercy.” Jesus said to him, “Go and do likewise.” (Luke 10:25-37).

[This is the Word of the Lord. Thanks be to God!]

The story began with the lawyer who stood up to test Jesus. Jesus had become quite famous and had gained many followers. The elite religious leaders were concerned about their authority and wanted to discredit Jesus as a false teacher. This lawyer wanted to find out if Jesus was the real deal or just a hack. He asked,

The term “must” implies essential. The same question in the other gospels says, “Teacher, which commandment in the law is the greatest?” (Mt 22:36), indicating top priority. So, it means that if I cannot fulfill all the commandments in the Bible, which one I “must” do to inherit eternal life.

To inherit something, you must be the hair of the family. Since eternal life is the life of God, we must become God’s children to inherit it. So, the question is what I must do to prove that I am a child of God. It’s a make it or break it question; do it or die question. Yet, Jesus answered the question with a question. Jesus turned around and tested him.

In other words, “Love and you will live.” But, Jesus wants us to “do” love, not just “talk” love. Actions speak louder than words. So, it’s both simple but not easy. The concept is simple, “loving is living.” The practice, however, is not easy because we live in this fallen world, and we have to deal with fallen people. There are people we find it very hard to love. Jesus expects us to love our enemies, so it’s even harder.

It’s like Paul Young’s song, “Every time you go away, You take a piece of me with you.” Similarly, to love your neighbor as yourself means loving them as a piece of you. Their plight is your plight; their pain is your pain. You love them as your body parts.

The best description of this oneness is John Donne’s poem,

No man is an island,

Every man is a piece of the continent,

A part of the main.

If a clod be washed away by the sea,

Europe is the less.

As well as if a promontory were.

As well as if a manor of thy friend’s

Or of thine own were:

Any man’s death diminishes me,

Because I am involved in mankind,

And therefore never send to know for whom the bell tolls;

It tolls for thee. ~John Donne

So, when you understand this poem, you realize why Jesus wants us to love our enemies. It’s because no one is an island. They are part of us. They may be wrong, but their wrong is our wrong. It’s a hard pill to swallow, but it’s the eternal truth. In the past several weeks, we have tackled the meaning of love being oneness.

Lawyers are good at finding loopholes in the law. Since it says, “Love your neighbor as yourself,” he wants to define the term neighbor so that he can justify his not loving certain people. The next verse says,

Jesus told the famous story of “The Good Samaritan.” It could be a true story in the news of the day because the lawyer at the end did not refute the story’s validity. Jews and Samaritans despised each other in those days, and it would be risky for Jesus to tell this story if it were not a true story. Jesus also wanted to reconcile the relationship between these cussing cousins using this story.

The distance between Jerusalem and Jericho was about seventeen miles, and part of the road was notorious as a high-crime district. A man was robbed and stripped by the thieves and left half-dead and naked on the roadside. A priest and a Levite passed by without extending their help until the Samaritan came.

But a Samaritan while traveling came near him; and when he saw him, he was moved with pity. (Luke 10:33).

The phrase “was moved with pity” was translated from a single Greek word, “ἐσπλαγχνίσθη (esplanchnisthē),” meaning having love, compassion, sympathy, or empathy. There’s no English equivalent to the word, but he felt the pain of the victim of the robbery because there’s oneness in his heart. He felt as if he himself was robbed. He personified the “no one is an island” attitude. Jesus continued,

He went to him and bandaged his wounds, having poured oil and wine on them. Then he put him on his own animal, brought him to an inn, and took care of him. The next day he took out two denarii, gave them to the innkeeper, and said, ‘Take care of him; and when I come back, I will repay you whatever more you spend.’ (Luke 10:34-35).

The extent the Samaritan went through to help this man tells a lot about his love and compassion. He interrupted his journey to treat a stranger as if he were part of his own “self.” He left two denarii to the innkeeper, equivalent to two days’ wages in those days, a significant amount for a stranger, and he was willing to spend more if necessary.

So, what can we learn from him? What can we “do likewise”? The word “do” indicates action. One of the problems in our society is that we think “love” is a feeling, as we often say, “I have fallen in love,” as if I accidentally fall into a ditch. It implies a lack of responsibility. If I can fall in love accidentally, I can also fall out of love accidentally.

Jesus also wants us to define our neighbors. It’s our fallen nature to draw small circles and be islands. We cannot suddenly love the whole world overnight, including our enemies. However, Jesus expects us to grow our circle of love. His last word recorded was,

“You will be my witnesses in Jerusalem and in all Judea and Samaria, and to the end of the earth.” (Acts 1:8).

This verse implies that we start small and gradually reach the end of the earth. To be his witness is to be his disciple. He said people know that you are my disciples by your love. If we don’t have love, we are not witnessing anything.

So, this is how Jesus wants you to grow in love. Your Jerusalem is your family. Love your family first. Your Judea is your country. Love everyone in your country. Samaria represents the people you despise or have contention with. Grow your circle of love to include them next. Then you can expand your love to the end of the earth.

The Good Samaritan didn’t try to determine the victim’s ethnicity or religion before he decided to help him. The man was naked, so he would be able to identify him by his dress. It didn’t matter because his circle of love included the entire humanity.

Jesus wants you to do likewise, and you will inherit eternal life and live it to the fullest, now and forever more! Let us do this together so that we will all live.

That’s it for today. I hope you find this message illuminating as much as I enjoy receiving it from the Head Office. Until we meet again, keep your light shining brighter and broader, and harvest the fruit of profound happiness. 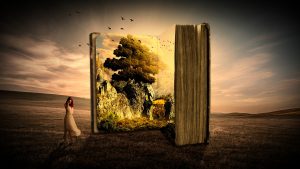 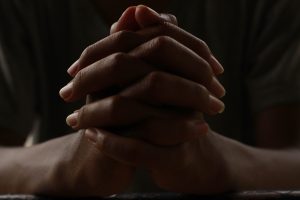 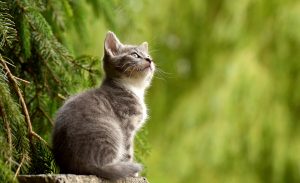