When I was in college back in Burma, some of my friends loved to tease me about my faith. They asked, “You guys believe God is almighty? Can God make a giant rock that he cannot lift?” Without realizing it was a trap question, I said, “Of course, He can since he is almighty.” They said, “If so, can he then lift it?”

Seeing I was trapped, they laughed at me. If I said, “Yes, He can,” they would say, “Then, your God is not able to create a rock that he cannot lift, so he is not almighty.” If I said, “No.” Then, he is not almighty at all. Since then, I have been thinking about how to solve this puzzle. Do you know the answer?

Later, I thought the problem was not in the answer but in the question itself. How could you ask someone to create something they cannot lift and then ask them to lift it? The question itself is illogical and unfair. But they said if God is almighty, God should be able to do everything. I was pretty dense to get trapped.

The entire teaching of Jesus is about making the impossible possible. Jesus said,

“For truly I tell you, if you have faith the size of a mustard seed, you will say to this mountain, ‘Move from here to there,’ and it will move; and nothing will be impossible for you.” (Mat 17:20b).

That answers the trick question above. Is a mountain heavier than you can lift? Yes. Then can you lift it? Yes, with only a mustard seed size faith. Can humans fly? No. Can people fly today? Yes. We have airplanes. Amazing things happen because of those people who have risen above limiting beliefs.

Most importantly, our limiting beliefs make us suffer more in this fallen world. Every day we face the reality of this sea of suffering. Just turn on the TV, and you’ll see crimes, wars, diseases, depression, family feuds, media lies, corporate corruption, murder, rape, terrorism, disasters, and you name it.

The only way for us to survive, thrive, and not become part of the statistic in this suffering world is to rise above our limiting beliefs. I’m not talking about wishful thinking but about possibility thinking. Angel Gabriel told Mary about her pregnancy. Mary asked, “How can this be, since I am a virgin?” (Lk 1:34). The angel said,

Jesus came to liberate us from our limiting beliefs. Everything about Jesus was beyond plausible but possible. His life on earth began with the virgin birth and ended with resurrection. Some Christians don’t believe in virgin birth because it is unscientific, illogical, and embarrassing. It was their limiting belief.

Anyone is free to deny the virgin birth but to their own detriment because their limiting beliefs would make them suffer deeper in this fallen world. Suffering is inevitable here, but you need hope to cope. When you rise above your limiting beliefs, you see the light at the end of the tunnel.

They had limiting beliefs and tried to make fun of Jesus by asking a logical questions, but Jesus answered them gracefully. Today, we will learn how to liberate ourselves from our limiting beliefs and enjoy life to the fullest with unlimited possibilities based on Jesus’ response to the Sadducees. So, let’s begin!

[Hi, in case we haven’t met yet, I am Sam Stone, the Lightkeeper—you are the light of the world, and I am the keeper! (No pun intended). It’s my calling to help you shine your brightest so that God is glorified in you, and you are satisfied in God.]

The Scripture lesson today is from the Gospel according to Luke 20:27-38. [Listen to the Word of the Lord!]

Some Sadducees, those who say there is no resurrection, came to him 28 and asked him a question, “Teacher, Moses wrote for us that if a man’s brother dies, leaving a wife but no children, the man shall marry the widow and raise up children for his brother. 29 Now there were seven brothers; the first married, and died childless; 30 then the second 31 and the third married her, and so in the same way all seven died childless. 32 Finally the woman also died. 33 In the resurrection, therefore, whose wife will the woman be? For the seven had married her.”

34 Jesus said to them, “Those who belong to this age marry and are given in marriage; 35 but those who are considered worthy of a place in that age and in the resurrection from the dead neither marry nor are given in marriage. 36 Indeed they cannot die anymore, because they are like angels and are children of God, being children of the resurrection. 37 And the fact that the dead are raised Moses himself showed, in the story about the bush, where he speaks of the Lord as the God of Abraham, the God of Isaac, and the God of Jacob. 38 Now he is God not of the dead, but of the living; for to him all of them are alive. (Luke 20:27–38).

[Happy are those who delight in God’s Word. Thanks be to God!]

The Sadducees were aristocrats in the first century Israel. They were wealthy and high in social and religious status. Unlike the conservative Pharisees, they were more liberal and did not believe in the resurrection. Throughout history, we always have had two types of people—conservatives and liberals; Pharisees and Sadducees; Republicans and Democrats; the left and the right, and so on. It’s an interesting phenomenon of human nature.

You also frequently read about the “scribes” in the Bible. As the name implies, they were a group of professional writers (or copiers) and interpreters of the Bible. It was a profession, but most were likely to be with Pharisees ideologically because they were all conservative scripture scholars at the time.

In this chapter, Jesus arrived in Jerusalem and started teaching at the temple. Every day, some people asked him tricky and trappy questions, hoping he might give a self-incriminating answer so that they could arrest him. Some of them were spies sent by the scribes and Pharisees. The passage above says,

So they watched him and sent spies who pretended to be honest, in order to trap him by what he said, so as to hand him over to the jurisdiction and authority of the governor. (Luke 20:20).

But Jesus was able to answer their trap questions gracefully. So, they became silent. Verse 26 says,

And they were not able in the presence of the people to trap him by what he said; and being amazed by his answer, they became silent. (Luke 20:26).

It says that they were not able to trap him publicly. They eventually had to arrest him silently at night as we all know. Now, since he survived the trap questions by the scribes, the Sadducees stepped in to ask a trick question. Here’s the scenario the Sadducees set up.

In those days, it was important for a man to leave his lineage. According to the law written by Moses, if the husband died without a child, his brother must marry the surviving wife, hoping to have children. Unfortunately, all seven brothers married this woman and died.

This scenario helps us interpret the story of the Samaritan woman Jesus met at the well. After a brief conversation, the woman recognized Jesus as a prophet and asked for living water.

Many interpreters assume this woman was a prostitute, but the context shows that she wasn’t because she later ran into the village, telling people openly that Jesus knew her life. If she were a prostitute, she would be stoned to death then. So, the five husbands she had were most likely a set of brothers who died one after another. It’s the Sadducees’ scenario in real life.

No wonder she came out to draw water at noon—the hottest time of the day in the Middle Eastern climate when no women came out to draw water. She must be sick and tired of hearing the gossip at the well and women avoiding her, fearing her curse might be contagious. Just imagine the suffering she went through.

However, based on the way she talked to Jesus, she did not have a limiting belief. She was also biblically literate enough to immediately recognize Jesus as the Messiah—better than the Pharisees and Sadducees who knew the Bible but failed to recognize Jesus.

“In the resurrection, therefore, whose wife will the woman be? For the seven had married her.” (Luke 20:33).

Don’t you think it’s a good question? However, it’s a question from a human perspective. They thought the resurrection was like reincarnation—you return to this fallen world to relive another cycle of suffering. Their imagination was earthbound and trapped in their limiting belief. No wonder the Sadducees disappear after the destruction of the temple. Their faith died with the tragedy.

Jesus explained the reason for marriage is for procreation because we don’t have eternal life, but in the resurrection, we enter the eternal kingdom of God. Since we don’t die anymore, there’s no need for marriage and procreation. We will be like angels and live as eternal children of everlasting God.

Another reason the Sadducees didn’t believe in the resurrection was that they recognized only the Torah, the first five books of the Bible written by Moses as the holy scriptures, in which resurrection was not explicitly mentioned. So, Jesus explained to them that Moses himself revealed eternal life when he wrote about his burning bush encounter.

And the fact that the dead are raised Moses himself showed, in the story about the bush, where he speaks of the Lord as the God of Abraham, the God of Isaac, and the God of Jacob. Now he is God not of the dead, but of the living; for to him all of them are alive. (Luke 20:37–38).

Moses addressed God as the God of Abraham, Isaac, and Jacob in the present tense, as if they are still living, meaning they are now living in the realm of resurrection. Jesus said, “Now he is God not of the dead, but of the living.” He also says,

“but those who are considered worthy of a place in that age and in the resurrection from the dead.” (Luke 20:35a).

What makes us worthy of the resurrection? That is an important question because it has eternal consequences. What can you do to qualify for resurrection? Be a good person, as many would think. The problem is, how good can you be? Everyone is a sinner, and we miss our marks every day.

The good news is it’s quite easy to qualify for the resurrection because of what Jesus has done for us on the cross. He has paid our bill in full. All he asks from us is “believe.” He says,

The requirement is very simple: believe in him because he is the resurrection and the life. He has proven it by his own resurrection. So let’s rise above our limiting beliefs and see beyond this life.

Today is also our Stewardship Sunday. Your belief in the resurrection makes a big difference in your stewardship because you realize that you gain by giving. As Jesus said, your contributions on earth are like an investment in the kingdom of God that pays eternal dividends.

The moment we rise above our limiting beliefs, everything changes. At least life becomes lighter to live! No winds of suffering can knock us down, plus eternal life is waiting for us on the other side. It empowers us to survive and thrive and leave a lasting legacy in this life and the life to come.

That’s it for today. I hope you find this message illuminating as much as I enjoy receiving it from the Head Office. Until we meet again, keep your light shining brighter and broader, and harvest the fruit of profound freedom and happiness. 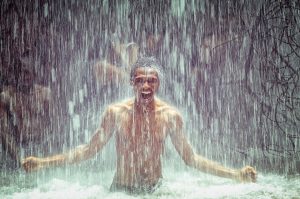 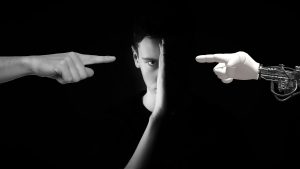 Ignorance is not Innocence 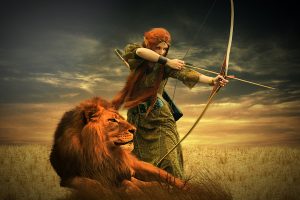